Two divisions of a North East based developer are to go up against one another in a building challenge.

Now celebrating its 20th year, the annual event is a fun way of remembering how the charity began.

Founded in 1891, Children North East took inner city street children on ‘fresh air’ trips to the seaside in a bid to help tackle the poor health associated with living on the streets. Today, Children North East continues to work with children, young people and their parents who are living in poverty or whose lives are disadvantaged because of family misfortune, right across the region.

Galliford Try are the main sponsor of this years’ event which on the 3rd of July, will see over 1,700 children from 123 schools congregate on the beach. They will work with volunteers from local businesses to build and decorate sand sculptures with a fairground feel. Judges – including actor Tim Healy – will be on hand to select the best designs and chose the overall winner.

“We were delighted to win the Sandcastle Trophy – awarded to the best business partner- when we last entered back in 2013 and team Galliford is confident it can get one over on the Linden lot!”

“We took on the mantle from Galliford Try last year and the school we worked with won top prize for their Sandcastle designs. Team Linden is ready to go again this year and we have some ideas up our sleeve that should help us get the better of the Galliford team!”

“Kate and I are having a bit of fun with the joke rivalry but in all seriousness, we are delighted to be sponsoring and entering two teams in the event – in support of a fantastic charity. The most important thing from our point of view, is that the children have a great day out at the beach and Children North East’s profile is raised – along with some extra funds to support its work.”

“The very first Sandcastle Challenge was a small event for a small number of construction professionals. The following year, a few schools joined in and from there it has grown to be the biggest sandcastle event in the region – if not the UK!”

“The funds raised and the awareness created by the event – and the Sandcastle summer party that runs alongside it – will help us to support disadvantaged children and families across our region.”

“Both Galliford Try and Linden Homes have been exceptionally supportive in the past – the latter using its annual ball to raise over £8,000 for our charity last year. We wish them both the best of luck with their sandcastles on what is always a fun day out at the seaside.” 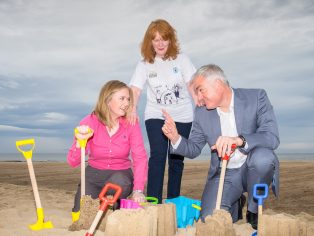 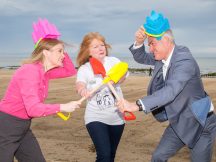 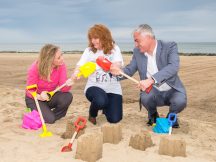