By Martin Townsend, Director of Sustainability at BRE Global

US President Donald Trump’s decision to withdraw from the Paris climate accord has many layers of complexity, and seeing the debate unravel, it is not easy to understand if it driven by US politics surrounding employment opportunities, world politics – about making a stance on the global stage – or simply disbelief in the argument about climate change. But one thing is becoming clear since the President’s announcement in the rose garden of the White House on Thursday, the international response; regarded by political leaders and climate experts world-wide as a major error of judgement.

Making the argument about current domestic job security is perhaps missing the opportunity of long-term creation of jobs in the fields of green energy will give greater potential than the job cuts in the current industry. An argument that is clearly understood by many, including China.

The President’s announcement leaves the United States as one of just three countries, along with Nicaragua and Syria, to oppose the Paris Agreement, which is the world’s first legally-binding climate deal.

The leaders of Britain, Canada, France, Germany, Italy and Japan as well as the UN chief had hoped to pressure Trump into respecting the US pledge to curb its carbon emissions.

In a rare joint statement, continental Europe’s three biggest countries said they were “firmly convinced that the agreement cannot be renegotiated,” immediately cancelling any possibility of a new deal more favourable to the US being struck.

The advice went unheeded. The subsequent impacts on climate change are uncertain.

One thing is for sure, BREEAM will continue to research, and support the industry to be the best through its network of assessor, and the 70+ countries in which it operates to ensure we reduce the impacts of buildings to drive more sustainable solution. Allowing the industry to innovate, and improve.

Our work and passion in this space is not about a transfer of economic power from North to South, or West to East, It is very much about enabling free flow of knowledge between like mind institutes and corporates to support such growth and to release the potential of the market. Such an approach of collaboration will ensure that we also reduce our impact capacity by good design, and by sharing international best practise through BREEAM. 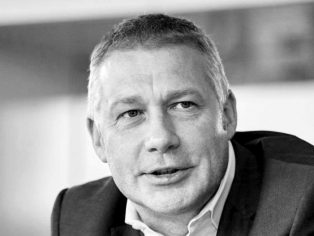