Birmingham on the Brink of Renaissance

As HSBC and Deutsche Bank bring their operations to Birmingham, plus HMRC on the brink of letting the largest office development to be built outside London, the city is in the throes of a renaissance – enjoying increased supply of homes, commercial occupiers and improved infrastructure.

According to the new Birmingham Report from property consultancy Knight Frank, the city has moved away from its traditional industrial roots and is marching ahead in economic development- being in the top ten performing cities in Europe in terms of capital growth in the 12 months until the end of Q2.

In the housing market, there has been an uptick in activity underpinned by strong demand for housing, both from local buyers and those moving from London and further afield. More people migrated from London to Birmingham than any other major city in 2015. In addition, house prices have risen 8.9 per cent in the year to July according to official figures from the ONS – higher than the national average of 8.3 per cent.

The second city is also at the forefront of housing market developments, with nearly one in five homes in the private rented sector and investment in build-to-rent gaining real momentum.

The digital revolution is opening the city’s doors to new industries, generating further demand for offices and homes. This is having a clear effect on occupiers, who are now looking for real estate in a wider range of markets, fuelling unforeseen levels of demand and take-up from outside of the city core in the last 18-24 months. Total office take-up for 2016 so far has reached 596,500 sq ft, 18 per cent above the long term trend for the period.

These trends bring new opportunities to Birmingham as it competes with cities across Europe, attracting investors from around the world. Already, over the last 5 years, overseas capital has accounted for 30 per cent of all investment in the city.

Birmingham is well positioned in the current economic climate, occupiers and investors alike are taking advantage of its high quality market offering, access to talent and unrivalled transport connectivity, all of which bring the city firmly into focus.

“Birmingham has undergone a seismic change over the last 5 years with high quality infrastructure and development planning unshackling the CBD. With much of the key infrastructure now in place, future growth is likely to be around attracting inward investors, students and visitors to a vibrant and attractive multi-cultural city with a young, skilled population.”

“With continued pressure on housing supply in to the Birmingham market the Private Rental Sector will have a key role to play in the dynamics of the city’s residential offering over the next five years and beyond. The foundations of the city centre market will be underpinned by transport infrastructure projects, major mixed use schemes and continued demand for housing as the city continues to attract those relocating from London, the South East and further afield via the city’s flourishing commercial property market and education offering.” 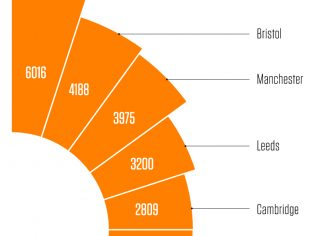