BioSkin, a system of water-filled ceramic pipes that cools the exterior surface of buildings and their surrounding micro-climates, has won the 2014 Tall Building Innovation Award from the Council on Tall Buildings and Urban Habitat (CTBUH).

The initial use of BioSkin was at the NBF Osaki Building in Tokyo, Japan. Based on the traditional Japanese practice of uchimizu, the sprinkling of water to lower ambient temperatures, clean the streets and keep dust at bay, BioSkin absorbs heat through rainwater evaporation through a fine filigree of porous tubes, mitigating the urban heat island effect by cooling the building as well as its immediate surroundings. Through this process, the surface temperature of the building enclosure can be reduced by as much as 12 °C, and its micro-climate by about 2 °C. The potential implications of this are substantial: If a large number of buildings in a city used such a system, ambient air temperature could be reduced to the point that cooling loads for many buildings, even those without the system installed, could be reduced.

“This is a remarkable façade solution, both in its concept and how it has been beautifully detailed. I look forward to seeing this being proven by measurement. It is elegantly and delicately detailed, and it is quite outstanding, as it is combined with many other innovations in this remarkable building.”

The CTBUH Innovation Award recognises a specific area of recent innovation in a tall building project that has been incorporated into the design, or implemented during construction, operation, or refurbishment. Unlike the CTBUH Best Tall Building awards, which consider each project holistically, this award is focused on one special area of innovation within the design, construction, or operation of the project – thus not the

building overall. The areas of innovation can embrace any discipline, including but not limited to: technical breakthroughs, construction methods, design approaches, urban planning, building systems, façades, and the interior environment.

“We were taken by the diversity of submittals for the Innovation Award this year. It confirms that this is an industry focused on moving itself forward by

All award winners will be recognised at the CTBUH 13th Annual Awards Symposium, which will take place at the Illinois Institute of Technology, Chicago, on November 6.

The symposium will be followed by the Awards Ceremony and Dinner in the iconic Crown Hall, designed by Mies van der Rohe. The 10-Year, Lifetime Achievement, and Building Performance awards will be announced in the coming weeks, and will also feature at November’s awards events. Click here to see the previously announced 2014 regional Best Tall Building award winners, and here to see the 2014 Urban Habitat award winner and finalist.

The CTBUH Awards are an independent review of new projects, judged by a panel of industry experts. Projects are recognised for making an extraordinary contribution to the advancement of tall buildings and the urban environment, and for achieving sustainability at the broadest level.

Winners and finalists are featured in the annual CTBUH Awards Book, which is published in conjunction with a major global publisher and distributed internationally each year. 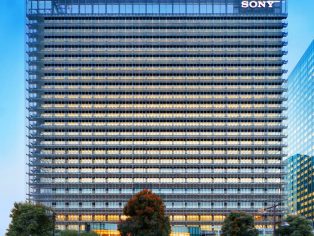