Behind the Grand Designs: who is self building in the UK?

Researchers at Goldsmiths are investigating who is taking part in the ‘self build’ phenomenon currently sweeping the UK.

To coincide with National Custom & Self Build Week, Dr Michaela Benson from the Department of Sociology has released a snapshot of her research into people who are building their own homes.

Dr Benson’s project, funded by the Economic and Social Research Council, is still ongoing but interim findings published this week raise questions about how ‘self build’ is defined and how there is a greater need for social support for people undergoing self build projects.

“With the Government pushing self build as a potential solution to the housing crisis, it’s important for us to look more closely at who is self-building and how it fits within the wider housing market.

“Television programmes like Grand Designs may have captured the public’s imagination by showcasing the most innovative and audacious self build projects, but our research project will hopefully shed light on the important financial and sociological questions surrounding the self build phenomenon.”

The full findings from the project – Selfbuilding: the production and consumption of new homes from the perspective of households – are expected to be published in Spring 2015. 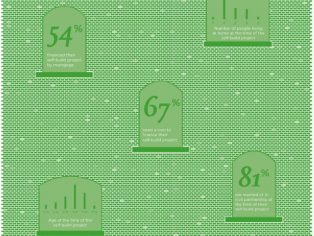 profiling the type of people who are self building