A study produced by Atkins has shown ways to reduce travel time on an important rail route to Germany that crosses the northern to the southern part of Western Denmark, without any additional major infrastructure works. Currently, the journey between Aarhus in Denmark and Hamburg in Germany takes four hours and 30 minutes. Atkins’ experts have reduced the travel time by up to 97 minutes to two hours and 53 minutes.

Anders Kaas, Atkins’ planning and architecture manager and author of the report, said:

“This means rail traffic between Jutland and Hamburg could double or increase by 500,000 journeys a year. Furthermore, it is estimated that there will be an additional passenger increase of up to 60 per cent of regional passenger traffic on the line.”

Working for a group of 17 municipalities in southern Denmark, Central and North Jutland, Atkins was asked to analyse and provide several scenarios to improve passenger travel times between Aarhus and Hamburg, a distance of 337 km. With all six scenarios put in place, a total of 97 minutes can be taken off the travel time. This potential reduction makes rail a better choice over the car which takes approximately three hours and 20 minutes.

Examples of time-saving scenarios include: 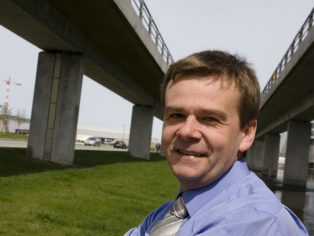