The city of London is one of the most intense and heterogeneous capitals of the world: A place where everything fits.

From the dark industrial revolution to modern architecture, the city has managed to absorb the different times by accumulation and juxtaposition. Life in London has been narrated through time by a lot of English authors that, such as Dickens, described the tangible and intangible even more eloquently than a map of the city from that period.

Literature laid the foundations of culture in our society and throughout the centuries delineated the boundaries of knowledge in our cities. Today architecture faces new challenges and cities are increasingly dynamic and constantly changing.

For this reason ARCHMedium proposes the creation of a new public library for the city of London. Located in the financial district and near the Thames River, we suggest the creation of a place where culture, history and technology interlace to generate activity in the London of the 21st century.In the financial district, on the banks of the Thames River, the new library is established as an entity of public and collective use, in a way that reflects the values of today´s society. 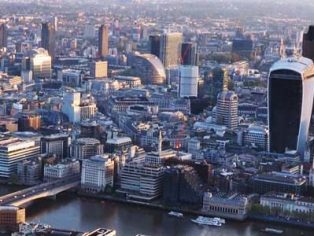