The annual award, supported by the Dorfman Foundation, forms part of the RA’s increased commitment to architecture and was decided by a distinguished international jury, chaired by the Royal Academician and co-founder of Stanton Williams Alan Stanton. Jury members included artist Phyllida Barlow RA, Director of LSE Cities Ricky Burdett, co-founder of Sauerbruch Hutton Louisa Hutton RA, Head of the Graduate School of Architecture at the University of Johannesburg Lesley Lokko, and broadcaster Kirsty Wark. They were joined by last year’s winner of the Royal Academy Dorfman Award, Iranian architect Alireza Taghaboni and the winners of the Royal Academy Architecture Prize, Elizabeth Diller and Ricardo Scofidio.

Born and raised in the heart of Bangkok, Boonserm Premthada founded Bangkok Project Studio in 2003. The practice celebrates the importance of craft in architecture, leading to carefully detailed projects with a deep sense of authenticity. Local construction methods and materials are crucial to Premthada’s work and his buildings, such as the Kantana Film and Animation Institute in Nakhon Pathom, often utilise the skills of local craftspeople and traditional production methods. He has a deep interest in the ways in which non-architects intuitively solve spatial problems and states that it is this that enables him to produce quality works that fulfil both their commercial and social potential regardless of scale. In addition to directing the studio, Premthada also teaches at Chulalongkorn University and is a regular lecturer at other universities and architecture associations.

Boonserm Premthada was selected from four finalists nominated for the Royal Academy Dorfman Award, including Fernanda Canales (Mexico), Alice Casey and Cian Deegan, TAKA (Ireland), and Mariam Kamara, Atelier Masomi (Niger). The £10,000 award was decided and presented at a ceremony at the Royal Academy of Arts, following public presentations by each finalist.

“I am very happy to have been chosen as the winner of the Royal Academy Dorfman Award. It gives me the opportunity to share my love of architecture and what I believe in with the world.”

“The jury had an incredibly tough decision to make but we were all knocked back by Boonserm Premthada’s particularly unique projects, which demonstrate an extraordinary empathy, originality and poetic qualities. We are excited to see how Premthada’s work develops, in particular how he can apply his inimitable approach to the challenges of urban environments”

“I congratulate Boonserm Premthada on becoming the second winner of the Dorfman Award. As a foundation, we wanted to help re-assert the prominence of architecture at the RA, drawing inspiration from its original vision 250 years ago, along with supporting the plethora of exciting emerging global talent.”

“The finalists, coming from four different continents, reflected the international nature of the awards. We are pleased that they are generating interest all over the world, and now with our headline sponsor and international partner, look forward to this continuing as they move towards their third year in 2020.”

“All of the four Royal Academy Dorfman Award finalists have shared immensely impressive projects that demonstrate how inspiring architecture can make a difference to people’s every-day experience. They have highlighted why the Royal Academy Architecture Awards, now in their second year, are one of the most important aspects of the Royal Academy’s architectural activities. We believe in fostering architectural talent, enhancing discourse across the world and building greater awareness and knowledge of the role architects are playing in shaping our environments.” 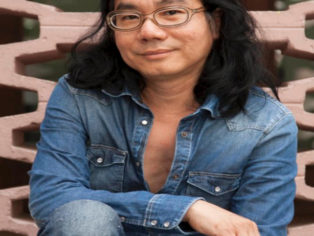 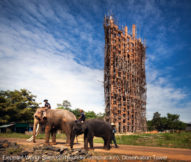