The Manser Medal is widely regarded as the UK’s most coveted architectural award for one-off house design. It was first presented in 2001 to inspire innovation in house design and create exemplars to be taken up by the wider housebuilding industry. Named in honour of Michael Manser CBE, RA, PPRIBA, the 2018 Medal is to be presented in association with the Sunday Times British Homes Awards, with the winner receiving a £5,000 prize fund.

“My father is honoured that a Medal was introduced in his name to recognise design excellence in one-off home design. Since Cezary Bednarski’s inaugural win in 2001, subsequent winning architects have earned industry acclaim and public recognition and helped their business.”

“I am delighted with the plans to further build on this successful legacy with the Medal now enjoying an even bigger profile as an integral part of the highly respected British Homes Awards with the Sunday Times, and with the added attraction of a prize fund for the winning architect.”

Accompanying Jonathan Manser on visits to the six schemes short-listed for the 2017 Medal were fellow judges:

In awarding the Medal for The House in Coombe Park, Kingston to Mike Gibson of Eldridge London at the presentation of the 2017 Sunday Times British Homes Awards, Jonathan Manser enthused: “This is a house that can’t be ignored, has many stunning and surprising elements and, while unlikely to be copied, will give Architects and housebuilders much to think about. A fantastically brave and well executed ‘grand project’ of domestic architecture!”

“We are honoured to be the recipient of the 2017 Manser Medal as it is the one award which has consistently championed quality and innovation in house design. The recognition from our peers, who know the challenges of making architecture, cannot be underestimated.”

To ensure the spirit and legacy of the Medal endures, certain amendments to the entry qualification criteria have been made for 2018:

Submissions for the 2018 Medal can be made online at www.mansermedal.co.uk

Last Year’s Winner
The winner for 2017, after much debate, was Greenways Coombe Park in Eldridge, London. In the middle of bosky suburbia this house appears to hover above the ground when seen from the road and the illusions continue at every level thereafter.

Beautifully designed and built, with immaculate detailing, there is hardly a straight line in the building and the resultant plan, linkage of spaces, and relationship of the house to its carefully sculpted garden is nothing if not innovative. The building stays in the mind, causing discussion and further thought. 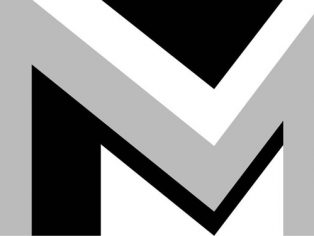 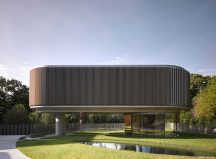 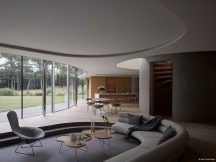