Ann-Marie Smale, Chair of CIC Wales, is awarded the MBE in the New Year Honours’ List 2015

The Construction Industry Council (CIC) warmly congratulates Ann-Marie Smale, Chair of CIC Wales, on being awarded the MBE in the New Year Honours’ List for Services to Education and Training in Construction in Wales.

Mrs Smale joined Powell Dobson Architects in 1996 after graduating from The Welsh School of Architecture and she was made Partner in 2000 at the age of just 31. Her work includes award-winning waterfront developments such as Pentre Nicklaus Village and the Mariners Quay development, which won the Sustainable Larger Affordable Housing Project of the Year at the UK Sustainability Awards 2011.

After joining Powell Dobson Architects, Ann-Marie maintained her links with The Welsh School of Architecture, initially in a teaching role and more recently as an assessor at key project stages for different year groups. Her passion for enhancing design throughout the built environment led her to be appointed as a member of the Design Commission Review Panel from 2004-2012, contributing to the design input on many schemes across the principality. In 2009 she became a member of the Welsh Construction Skills Group and in 2010 she was appointed Chair of the Professional Services Sector Group in Wales. Ann-Marie was appointed as a member of the Construction Sector Panel advising Welsh Government in October 2011 for a two year term and in April 2013 she was re-appointed to the panel.

“I am so delighted that Ann-Marie’s remarkable and selfless work on behalf of the construction professions in Wales has been recognised.”

“Ann-Marie revitalised the CIC in Wales when she assumed the chairmanship, building excellent relationships with the Welsh Government and the CITB.”

“I am honoured to receive this award. I have thoroughly enjoyed giving something back to the industry and helping develop the new generations coming through. I have been very lucky that my practice, Powell Dobson Architects, has been so supportive of my wider role in the industry and that it has encouraged my involvement with both the CIC and CITB.”

Also receiving an MBE in Her Majesty the Queen’s New Year Honours’ List 2015 is Honorary Secretary of the Chartered Institution of Civil Engineering Surveyors, Bert Palmer, for Services to Construction.

Watts was also delighted with the award of MBE to Bert Palmer.

“Bert’s voluntary service to the Civil Engineering Surveying profession has been exemplary and without regard to self-interest. Every institution needs a Bert Palmer.” 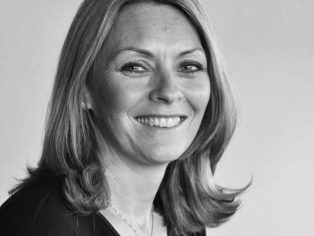