Andermatt Concert Hall has been opened

On 16th June a special inaugural concert by the Berliner Philharmoniker opened the new Andermatt Concert Hall, a world-class centre for music that will establish the Swiss Alpine village of Andermatt as an important cultural destination.

Designed by Studio Seilern Architects, the Andermatt Concert Hall is the first major purpose-built concert hall in any Alpine ski village. The intimate hall features an exceptionally flexible stage capable of incorporating a 75-piece orchestra. The acoustics and theatre design are respectively by Kahle Acoustics and dUCKS scéno – the same teams behind the Philharmonie de Paris.

The project transforms an existing underground space that was originally intended to be used for conventions and events for the hotels nearby. Studio Seilern Architects has proposed to lift a large section of the existing roof to double the effective acoustic volume up to 5,340 m3, increasing the total capacity to able to host 75-piece full symphony orchestra and a total of 663 audience seats.

“This has been a truly fascinating project, where the highest ambitions were set to create a facility aimed at attracting musicians of the highest calibre. Audiences can experience everything from solo recitals to full orchestral concerts in equal intimacy and comfort in this exceptional, light-filled space.” 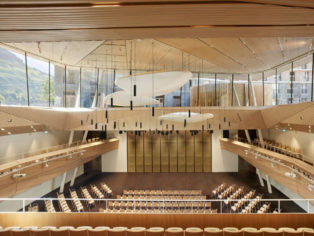 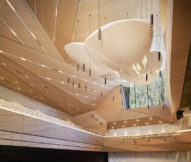 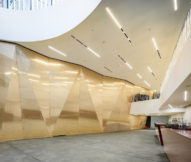 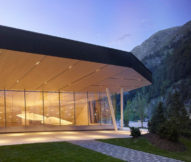