AHR has received glowing references from the headteachers of two new primary schools it has designed in Liverpool, New Park Primary School and Northway Primary School.

The schools were commissioned by Liverpool City Council as part of Liverpool’s School Investment Programme, focusing on delivering schools with a low carbon agenda.

Both schools were commissioned following the deterioration of their existing buildings. The new buildings include breakout spaces with ICT and library facilities and a multipurpose school hall which can act as a meeting, dining or sports areas for the pupils, as well as a central ‘Spanish Steps’ area for larger assemblies and breakout learning.

The buildings are both made up of two storeys of teaching space constructed in smooth red brick characteristic of the local area. Key stage one classrooms are situated on the ground floor and key stage two are located on the first floor, symbolising the climbing of the educational ladder for the pupils. The schools also offer specialist provision such as immersive rooms containing high tech visual and audio equipment which allow the teachers to offer different methods of learning to the pupils.

Featured cladding in both of the schools colours red and blue show easy access to the entrances of the schools. A modular timber construction system, developed by AHR and construction group Morgan Sindall was used for both schools, with complementary brick detailing between the punched windows to extenuate the glazed elements.

By considering carefully an efficient specification, AHR managed to achieve 23 per cent more area than a comparable school using the EFA model. The commitment from AHR and Morgan Sindall to support the local economy ensured that 93 per cent of the capital expenditure remained in Liverpool, including consultants, subcontractors, labour and suppliers.

Ofsted ‘Outstanding’ New Park Primary school, located in the Kensington area of Liverpool, caters for 450 pupils with an additional 45 places for nursery children and Northway Primary School, situated in the Wavertree area of Liverpool accommodates 420 pupils and 30 nursery pupils. Both head teachers worked closely with the project architects at AHR to deliver schools that were practical for the children that were already attending.

”We are extremely pleased that our complete focus on client satisfaction for these projects has really paid off. Although developed as a flexible primary school system, our engagement process ensured that the emerging design always reflected the vision for learning in each school.”

“Both new schools offer us a high quality and practical design that will meet the needs of the children and benefit the local communities. During the pre construction design development stages, I don’t think I’ve ever seen two Headteachers so engaged or focussed on a new build project. It’s not often schools’ show so much faith and trust in one person when shaping the educational outcomes of a new generation of children, but it was clear from our very first meeting that both Headteachers’ bought into AHR’s design philosophy with the timber frame proposal.

“The design of our building absolutely meets the needs of our children; the architect David Wood was relentless in the pursuit of perfection in terms of space, usage and aesthetics… In my opinion all were achieved!”

“This has been an incredible journey and experience for the whole school as we have been able to have so much of a say in the design of the new building. The relationship with the architect and construction team was central to this process’’

“It is a once in a lifetime opportunity for us to create a new facility which will be used by generations of pupils, and we have been careful to try and future proof the school by designing it in such a way that the spaces can be used flexibly.’

“The whole school community is incredibly thrilled as it’s a wonderful environment to learn and work in.” 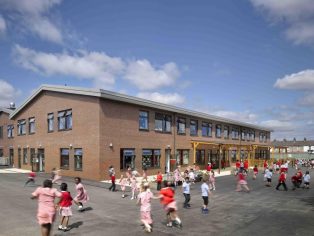 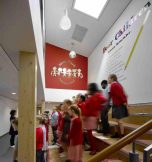 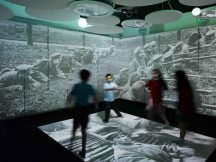 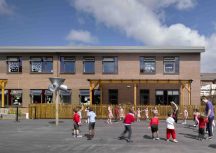 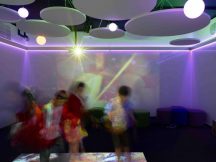 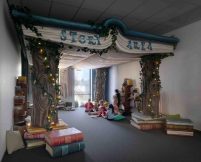 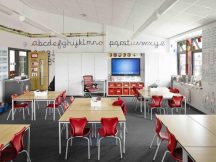