A retrospective: The best of British design – New Design Britain at May Design Series

The May Design Series, organised by UBM Live Built Environment, is delighted to announce that previous New Design Britain alumni will show a review of their winning products plus a selection of their new designs at this year’s show in London.

Each year New Design Britain discovers, presents and celebrates young talent in the UK by awarding up and coming designers through a range of categories – all now with the added bonus of bring designers to the forefront of the international design industry, at its new home in London ExCeL.

Past New Design Britain award winners at the show will include James Harrison, Rob Scarlett, Daniel Schofield, Alex Macmaster, Limahl Asmall, Jason Heap, Jennifer Jones, and Henoc Maketo – a real opportunity for visitors to see the positive effects this awards accolade has had on these young designers’ lives and careers.

After winning the Furniture Category in 2013 with his ‘Shifty Desk’, Daniel Schofield has since gone on to have his work featured in Heals as well as designing products for renowned creative-thinkers, Deadgood. He said of participating:

“Winning New Design Britain was a really proud moment one of the highlights of my career so far. It’s been really positive and opened a lot of doors; I think people pay a bit more attention if you have won awards!”

Rob Scarlett is a familiar face among the New Design Britain team, even judging the awards in between setting up his own design studio, Scarlett Designs. On his win at the start of the competition over 10 years ago, he said:

“I think I was a bit blasé at the time but looking back it was a massive stepping stone for me. The winning prize was a work placement which led to a freelance position and then eventually a permanent place.”

Only this January, Charlotte Millett won the Furniture category section of the awards with her innovative ‘Burst Chair’. On winning Charlotte said:

“It’s such a great accolade and makes all the hard work worthwhile. It’s great that the show supports emerging young design talent.” It’s clear to see from feedback that the awards offer the real promise of opportunity and development for both new designers finding their feet and visitors looking for designers of the future, all wrapped up in the excitement of finding the next big thing.

Join the New Design Britain alumni on stand on Monday 19th May to see their latest works, network and find out more about the 2015 edition of the awards.

May Design Series 2014 will amass close to 400 exhibitors in 5 distinct sectors right through from Furniture, Decor, Lighting , Kitchens & Bathrooms and DX. The Furniture Show at May Design Series, new for 2014 will welcome a preview of what is to come in 2015 -the destination for new products covering each interior space.

May Design Series will run from the 18-20 May at London ExCeL. Visit www.maydesignseries.com to register for your complimentary pass. 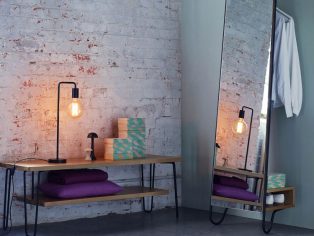 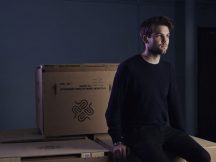