A Chinese takeaway for Theresa?

According to Riccardo Dawson of the new-build sales platform Yourkeys, overseas buyers should be thanked, not taxed, as they kick-start housing developments, boosting the overall number of new-build properties.

In political parlance, the housing market is broken. And the party leaders are vying to show they can fix it. The problems are vexed – a declining rate of homeownership, rising rents, decreasing affordability for first-time buyers and renters, and growing homelessness.

The fundamental cause is also well known — a long-running under-supply of new build housing. Like its predecessors, this Government has tinkered with the planning system, and most recently (and more successfully) spurred housing output with its Help to Buy programme. However, Theresa May’s plan to slap a stamp duty surcharge on foreign buyers — which she announced at her party conference in September – is, in our opinion, political poker, and was merely a response to largely uninformed populist demand.

The PM saw Jeremy Corbyn’s “Set councils free to borrow and build” and raised his “New tax on wealthy Brits’ second homes” with “Up to 3 per cent extra stamp duty on Jonny Foreigner.” Lest anyone object at what might be market interference or a xenophobic manoeuvre, the extra revenue (like Labour’s) would be earmarked for homelessness.

Conservative Party aides claim their policy shift is evidence-based, citing research by York University using historical HM Land Registry and census data.
The study inferred that swathes of new homes and apartments were being left vacant, with foreign buyers, being twice as likely ‘buy to leave’ customers, than UK buyers.

This evidence is not only skewed, but factually inaccurate, as the rate of that happening is both minuscule and identical for both groups. The more recent report from the LSE, concluded:

“There was almost no evidence of units being left entirely empty — certainly less than 1 per cent and units ‘bought for let’ had very high occupancy rates.”

Furthermore, our research identified that in fact, the majority of sales to Chinese buyers, were ‘buy to live,’ as those homes were purchased for their children attending UK Universities, which clearly generates enormous revenues for UK PLC.

This critical role of overseas investors therefore completely debunks the myth that foreign buyers are bad, and it is our assertion that national policy shouldn’t be founded on what may be happening in a few prime postcodes of the capital.

Counter-intuitively, overseas buyers — mostly from Asia – are more comfortable buying off-plan without even requiring a visit to a marketing suite. This clearly requires a higher risk appetite, but the are comforted through the strength of the UK legal system. Developer sales pipelines depend on these pre-sales, particularly during the first phase, to then unlock subsequent funding, to ensure the development actually gets off the ground.

Moreover, international buyers have been the key to unlocking stalled sites, with countless London residential developments depending on this crucial source of funding. With the LSE’s conclusions stating that:

“Overseas investment has had a positive net effect on the availability to Londoners of new housing, both private and affordable.”

With that in mind, CBRE has estimated that of all the Chinese buyers who bought UK properties, that is only a tiny fraction of the pent-up demand of potential buyers for UK homes. This is largely due to the UK’s high rental yields, sound legal system, stable government, and other cultural factors. Not least, Premiership football — after London, the cities most popular with Chinese buyers are Manchester, Liverpool, Newcastle and Birmingham, though the interest goes nationwide. However, if punitive taxes are introduced, then it is very easy for them to switch their allegiance to a more tax-friendly country like the US.

All this chimes with our own research and is supported by evidence on the ground from Galliard Homes, one of the UK’s largest house developers. Their Chairman – Stephen Conway, states:

“Off- plan sales are vital in securing funding for our developments. We have long recog- nised the value of Far Eastern investment in the UK housing market and cannot overstate the importance of demand from, in particular, Chinese customers who are currently our main source of off-plan buyers. That is why we now employ Mandarin and Cantonese speakers in our sales team and have translated our on-line sales platforms. In simple terms, without our Chinese customers we would build far less.”

This underlines the huge opportunity that the Chinese market could help boost the post-Brexit, ‘open-for-business’ Britain, sorely needed in the residential sector.

Our Yourkeys platform will include the Chinese language from Q1 2019, which will streamline the pre-sale, off-plan buying process, to encourage Chinese buyers to place 30 per cent deposits, on properties, up to three years before they’re built. By making the process easier for these buyers, it will ultimately release vital funding for more new build house developments in the UK.

Therefore, a final Chinese takeaway for Theresa (or her successor) is, please re- think your misguided policy. Far from fuelling our housing crisis and homeless- ness, Asian buyers will increase the supply of affordable housing across the UK and help fix our housing market. 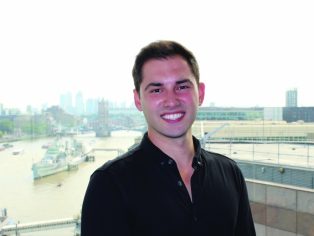