The Architectural Review has announced the 2016 shortlists for the Moira Gemmill Prize for Emerging Architecture and the Woman Architect of the Year Award.

Celebrated in the Moira Gemmill Prize shortlist are nine women who are using innovative architecture to affect social change and two architects who are bringing together architecture, culture and pop to re-shape America’s classic food joints.

The Woman in Architecture category brings together four female architects who have demonstrated through their recent projects an outstanding impact on the sector through excellence in design and thought leadership.

An awareness of the geographical context in which they are working and a commitment to sustainability is something the finalists have in common.

The 2016 shortlist for the Moira Gemmill Prize for Emerging Architecture is made up of:

Elisa Burnazzi, partner and co-founder of Burnazzi Feltrin Architects (Italy)
Burnazzi is driven by a passion for architecture as a creative act, including a striking community centre, dedicated to three young victims of the L’Aquila earthquake.

Anna Heringer (Germany)
Across projects and in her work with NGOs, Heringer’s sustainable architecture makes use of traditional materials of the area and introduces new approaches for efficiency and structural integrity.

Marie Zawistowski, co-founder of OnSite (USA)
Zawistowski works at the intersection of practice, education and service to expand the role of architects in society through community development projects.

Di Zhang, founder of waa (we architect anonymous ltd, China)
Zhang founded waa in Beijing at the age of 28 with a focus on art-culture related projects. In 2015 waa completed the contemporary museum MOCA Yinchuan.

The Woman Architect of the Year 2016 shortlist is made up by:

Kazuyo Sejima, S A N A A (Japan)
Sejima has been shortlisted for her Pritzker award winning studio’s exceptional design across projects, and particularly in the 2015 sinuous cultural centre The River, nestled in the rolling Grace Farms landscape.

Charlotte Skene Catling, Skene Catling de la Pena architects (England)
Catling’s extraordinary wedge-shaped Flint House was in 2015 named the best new house in the UK by RIBA for its celebration of location, material and architectural design at its best.

Christine Murray, founder of the Women in Architecture Awards and editor or Architectural Review, said:

“These women architects are creating some of the most impressive, innovative design work in the world today.

“The global spread is better than it ever has been before, and yet, we did not receive enough entries from Africa, or India — places where maverick women architects appear to be rarer, or less likely to put themselves forward. I hope these awards will help us discover more talented and inspirational role models around the world.”

The winners will be announced at a gala luncheon on Friday 4 March 2016 at Claridge’s, London. The winner of the Moira Gemmill Prize for Emerging Architecture will receive £10,000, a fund created in Moira’s memory to support the winner in their continuing professional development. 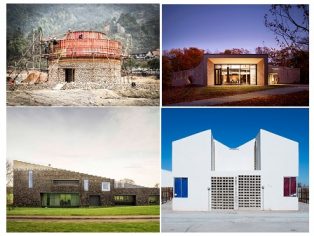